This week’s #MakeoverMonday dataset presented a lot of options for visualization. The data is from the Scottish Index of Multiple Deprivation (SIMD), a national report that scores and ranks the relative “deprivation”, or poverty level, across Scotland. The population is divided into “datazones”, which are each associated with a local authority. Each datazone is evaluated on seven different aspects: employment, income, health, education, crime, housing, and geographic access to services. These scores are then combined into an overall deprivation index. The objective of the SIMD is to identify the areas in Scotland suffering from deprivation in multiple aspects.

In the 2012 SIMD report, the following “barcode chart” is used to present the level of deprivation in each local authority: 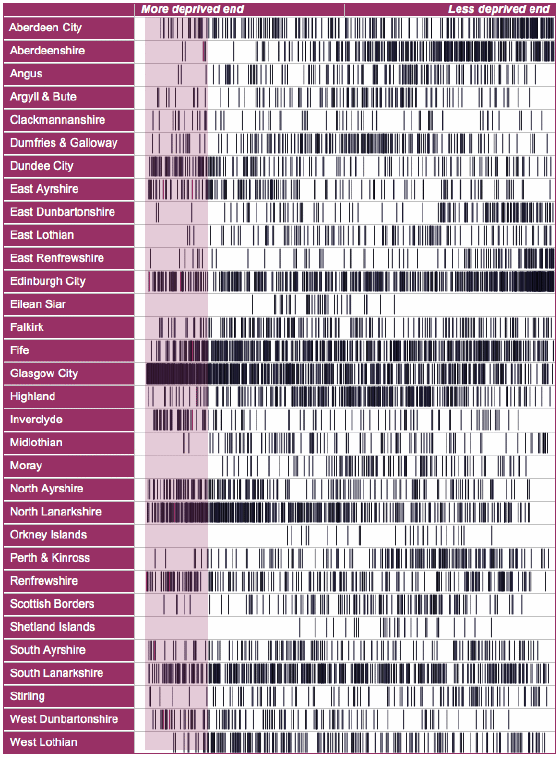 What could be improved?

Here is my version, improving upon the original barcode chart. After playing around with circle marks, boxplots, and other forms of viz, I decided to keep it simple and make incremental improvements: